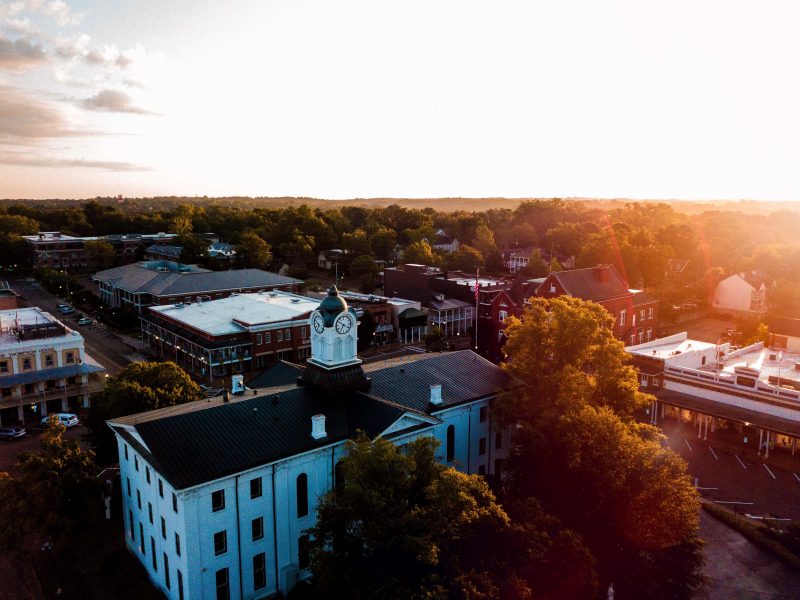 For visitors, locals and Ole Miss students, fall is arguably the best time of year in Oxford, Mississippi. And it came as no surprise when ESPN recently named Oxford as the best college town in the nation. Though cooler temps and leaves changing colors are nice features, the star of the show is football and what that entails. Here are some things you won’t want to miss. ARE YOU READY? 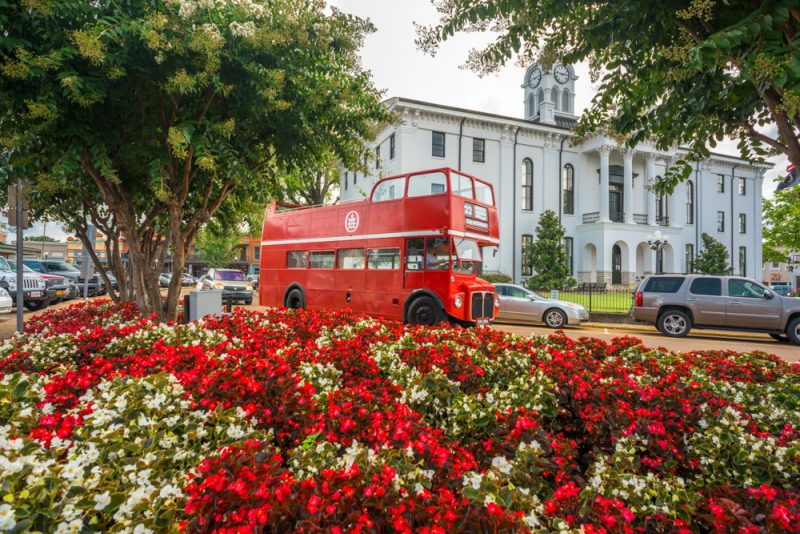 Whether it’s your first time to Oxford or you’ve been coming all your life, you can learn a lot from a historic guided tour. Come to town early and hop on one of the historic double decker public bus tours. Imported from England in 1994, the buses are icons in the City of Oxford. One-hour tours are offered Friday afternoons before each home football game with local historians leading visitors through points of interest in Oxford and the campus of the University of Mississippi, including William Faulkner historic sites.

After a bus tour, stick around the Square for some free live music. From 5-7pm, Tunes Around Town is a “walking concert series” which features local musicians in three different downtown locations. 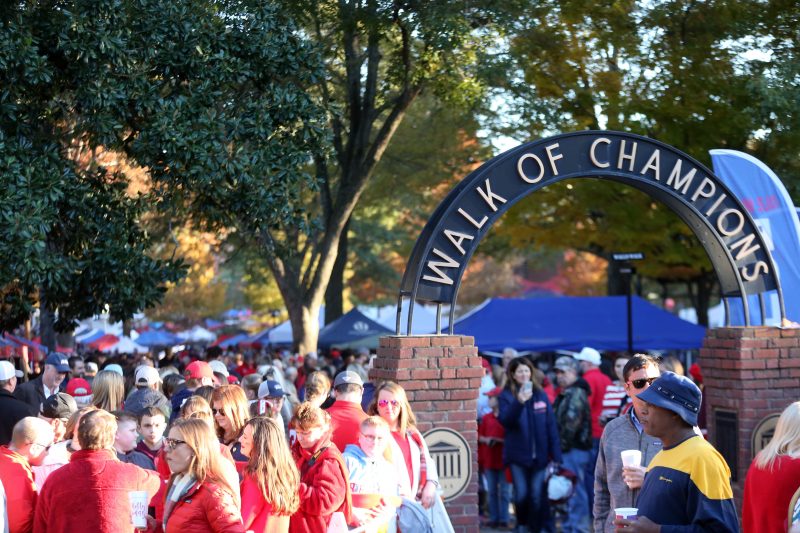 At 7:30pm, you’ll want to head to campus to witness the “running of the tents.” Security keeps people out of the Grove, the ten-acre wooded ‘holy grail of tailgating’ until this set time when individuals and companies grab their tents and chairs to claim their spots. Within minutes, hundreds of spots will be held for the big setup the next day. Once game day arrives, don’t expect the typical tailgate. You’ll find everything from chandeliers, elaborate decorations and catered meals. 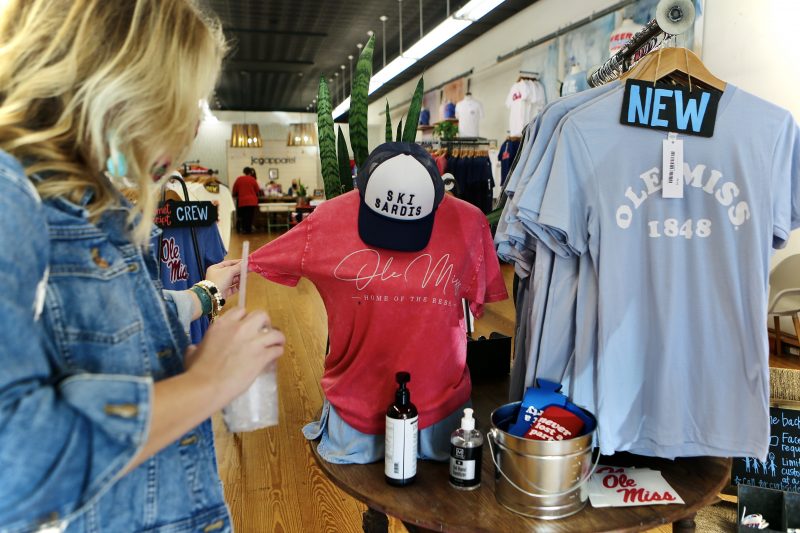 Spend some time on the Square. Here you’ll find a world-class array of shops, boutiques, art galleries and bookstores. Ole Miss fans are known to don their Sunday best for game days, so be sure to shop the Square’s boutiques to get ready for the affair. At Square Books, the nationally recognized independent bookstore, dive into the special section devoted to William Faulkner and other Mississippi writers. Looking to add a little vinyl to your collection? Oxford’s independent record store, The End of All Music, has gained national recognition for thriving on vinyl in a digital world. Feeling hungry? Oxford is known for its delectable cuisine. Whether it’s an afternoon or a night game, there are plenty of local and delicious options to fuel your school spirit. Savor the local flavor on The Square, where the menu ranges from Southern down-home to upscale Southern cuisine, and everything in between. 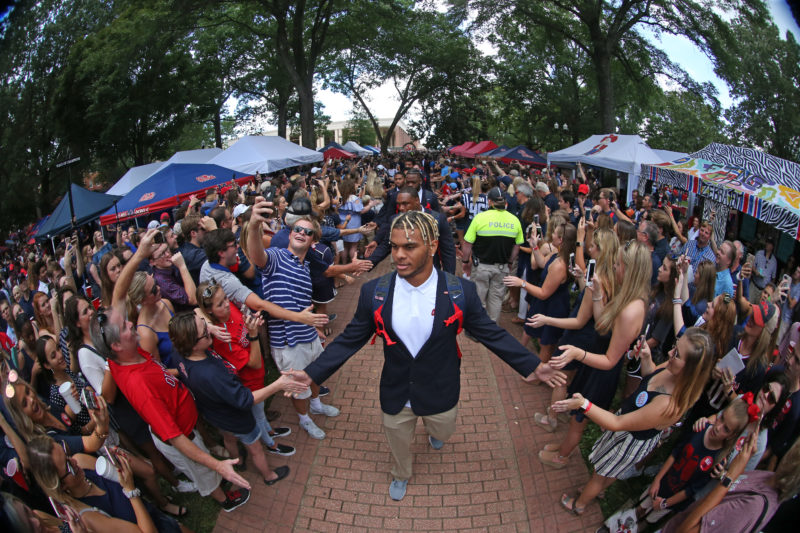 Approximately two hours prior to kickoff, the coaches and players arrive at the Student Union entrance to the Grove and begin their walk to the stadium through the “Walk of Champions” archway. This tradition was started back in the early 1980s by then head coach Billy Brewer who wanted to find a way for the team to experience the glory of the Grove on gameday. The team makes their way through tens of thousands of fans cheering them on, wishing them good luck and chanting ‘Hotty Toddy.’

When the game is over, head back to the Square for the buzzing nightlife at any one of Oxford’s many hotspots. We may not win every game but we never lose a party! Hotty Toddy! 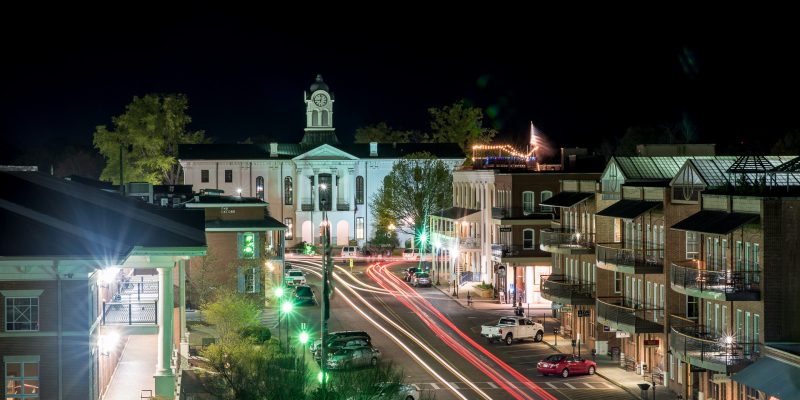