From 1908 until after World War II, small groups of East European Jewish immigrants operated branches of the Workmen’s Circle (Arbeter Ring) in more than fifteen southern cities. These local branches of the national fraternal organization promoted secular Yiddish culture, participated in mutual aid, contributed to left-wing politics and local labor movements, and organized themselves on a regional basis. This presentation, cosponsored by the Jewish Federation of Oxford, will examine these activities in relation to the New South settings in which they took place and explore the meanings and legacies of the Workmen’s Circle in the South. 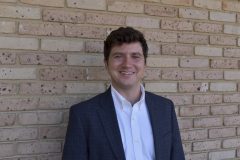 Josh Parshall is the director of the history department at the Goldring/Woldenberg Institute of Southern Jewish Life, based in Jackson, Mississippi. His academic interests include American Jewish identity and politics, Yiddish language and culture, and Jewish history in the South. Parshall holds a PhD from the Department of American Studies at the University of North Carolina at Chapel Hill.

SouthTalks is a series of events (including lectures, performances, film screenings, and panel discussions) exploring the interdisciplinary nature of Southern Studies. This series takes place in the Tupelo Room of Barnard Observatory unless otherwise noted, and is free and open to the public.